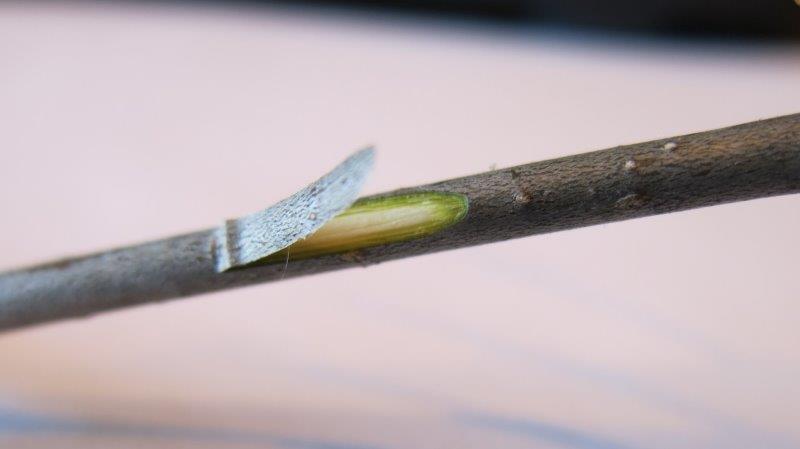 In the last post, I talked about wintertime being an ideal season to kill an invasive tree, shrub or or other woody weed.  Why?  During winter woody perennials such as trees, vines, and bushes are dormant, i.e., at rest, but their above ground vascular systems in their stems are still fully alive.  If you cut through the outer bark, you will reach the live inner parts of the weed tree, vine, or shrub.  Part of that live inner bark, the phloem, will readily absorb herbicide and will translocate the herbicide to the roots or rhizomes of the plant.

In spring and early summer, the situation is very different.  Sap will be rising from the roots to feed the above-ground sinks such as leaves, flowers, etc.  If you treat an invasive honeysuckle with weed killer in spring, for example, the top of the shrub may die, but the roots will likely survive and you will eventually get nasty re-sprouts near the base.  Instead of 5 or 6 stems to treat, you might now have more than 20.  The upshot, therefore, is avoid using brush killer in early spring.

What about late winter?  How long is winter and dormancy for purposes of applying a weed killer to an invasive tree, vine or shrub?

The answer depends on where you live.  “The timing of . . . [the] release from dormancy is synchronized with local climates and is highly heritable.”  Yordanov 2014.

Temperature appears to be the key thing to watch.  Bud-break in temperate woody species is “almost exclusively dependent on high temperatures.”  Busov 2016.  If buds don’t seem to be swelling and nights are still cool, the woody perennial should still be largely dormant.

(Note: If you want to get a sense of what bud break looks like, look at the time lapse photos in this article by Sivadasan et al. 2017.  Sivadasan and colleagues divide budbreak into five stages.  The earliest stage with the bud still closed and with no protruding leaf tips, is probably the only feasible time to do the herbicide treatment. 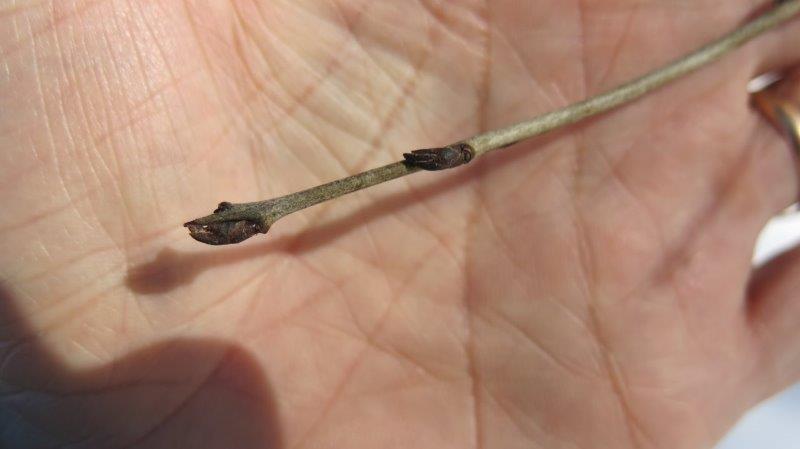 In south-central Minnesota in locations around the Twin Cities  (i.e., pretty far north in the United States!), I have done cut stump treatments on invasive common buckthorn (Rhamnus cathartica)  as late as early April with excellent results.  Those treatments were done when daytime temperatures were warm, but nighttime temperatures were still often near or below freezing.  My guess is that those treatments were successful because the trees were still dormant (or maybe just emerging from dormancy).  However, in years when springtime comes early, a weed killer treatment in my area in early April might fail.

In most other parts of the country, the emergence from dormancy of invasive woody perennials will typically be much earlier.  Someday we’ll certainly have data that is specific to each invasive species in a region.  We already have it for crops such as almonds, pistachio, and walnuts, thanks to a citizen science project the University of California at Davis.  Right now, however, determining the end of the winter herbicide application season will have to be an educated guess.  Consider daytime and nighttime temperatures, bud stage, and possibly even the start of the pollen season.

I really enjoy doing invasive plant control work in late winter.  The sun is stronger and ticks and bugs still shouldn’t bother you.  You can also see really well because the bushes and trees still won’t have leaves.   It is also particularly satisfying to know that you will be opening the canopy to native species that are just waiting for those first warm days of spring! 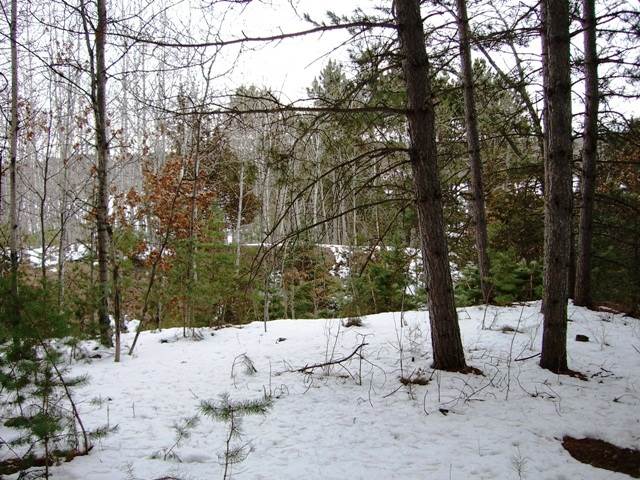 When it comes to killing woody invasive plants, winter is generally the best time. This may surprise you.  Herbicide labels may confuse you because labels often say the herbicide should be used when the target weed is “actively growing.”

There are a number of advantages to working in winter (or late fall):

For cut stump treatments, cut the stump as close to the ground as possible (1 to 2 inches) above ground level.  (I find that failed cut stump treatments often result from cutting the stump too high.)  Brush off any debris on the stump face.  (Dirt will neutralize herbicides such as glyphosate.)  Then apply the herbicide immediately after cutting (within 5 minutes or so). 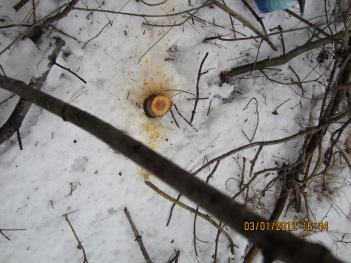 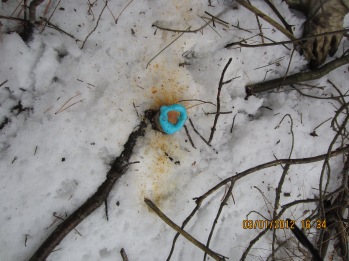 Good luck!  I hope you are able to get out on a nice warm winter day to remove some invasive plants.  It can really be enjoyable!

You have an unwanted tree growing vigorously in the wrong place – in the middle of a flower bed or in a native grass planting or next to a building foundation.  You know you need to remove it.  Winter is actually a great time of year to do this.  Herbicides work fine in the winter if applied correctly.  See Reinartz 2002.

If you simply cut the tree or bush down, you will soon get something far worse in the spring: a multi-stemmed bush like the one shown below on the right side. 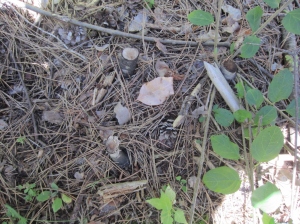 There is a simple way to prevent this from happening: use the Green Shoots Foam Herbicide System to precisely apply a concentrated herbicide to the stump immediately after cutting to kill the stump.  So here is what you do. 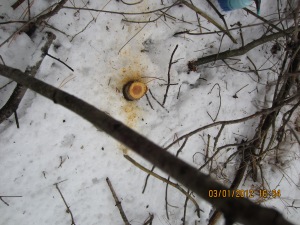 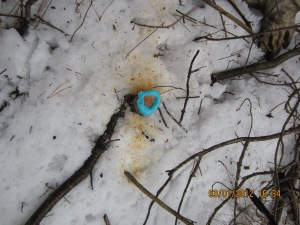